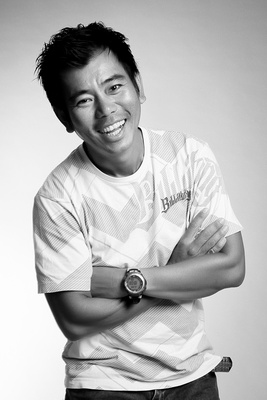 Kevin has finally been laid to rest. He passed away on the morning of 1 October 2020 after battling with liver cancer for about 10 weeks. As with almost anyone who knows him, I am incredibly sad that it had come to this, but at least I was able to walk the final mile with him. I just felt I needed to pen some thoughts of my own experience.

Anyway, it had been an incredibly difficult journey for me, but nowhere as near as difficult as those experienced by his family members and his girlfriend. I only wish them the best and I pray they are able to pick up the pieces and move on as best as they can.

So, going a little further back, I met Kevin when I first picked up wakeboarding some 25 years ago. He was an easy-going guy and had an incredible sense of humour and wit that never fails to catch me by surprise. He was a guy that everyone loved, and I’ve never met anyone that didn’t like him. Sure, we all would get mad at him sometimes for doing stupid shit (and there were plenty), but no one could get angry with him for long. It’s because he was a what-you-see-is-what-you-get kinda guy and he couldn’t hide an agenda even if he tried. He genuinely was a nice guy, gentle and caring, sometimes overly-optimistic, but never had a malicious bone in him. Everybody loved Kevin.

My friendship with him was perhaps not unique. He did not have a shortage of friends willing to go above and beyond to help him out. But we were close, but I guess more brotherly close where we did not need to see each other every day, but close enough where we would wonder how we were doing. We did lead quite separate lives after all, especially after he left the wakeboard scene and I started a family. But when we did catch up, especially when he came to visit my family, there was always a lot of laughter. And ‘Uncle Kevin’ was always great with my kids and they loved him very much.

So when he was hospitalized in late July this year and shortly after was told he had late-staged liver cancer, I was devastated. I googled whatever I could to find out more about his condition, and the more I learned, the more I was disheartened. I facetimed him that same evening at the hospital since it was past visiting hours, and we were both lost for words. We did our best not to cry, but it was hard. No matter how anyone could try to spin it, we both knew it was a death sentence. It was just a question of when.

There were a number of friends that came to 'Camp Kevin' to help him deal with this crisis, so I wasn’t the only one. Some have done much more that I could but I was more ‘visible’ because I felt that I should update our larger groups of friends on Kevin’s condition. So in a way, I was an indirect link between Kevin and our friends during the times when Kevin was not able to provide an update himself, or when he wasn’t able to articulate it well (due to a serious case of Oxfox... those who knows, know).

However, I also had a flexible work schedule, so I was in a position to keep him company quite often throughout this journey, particularly during medical appointments where I thought it would be helpful for me to help ask the right questions on his behalf or at least help break it down in more layman’s speak for Kevin and his family what the doctors were trying to say. This is so they can make a better-informed decision for their course of action.

Although it had only been about 10 weeks since the diagnosis till Kevin’s untimely passing, we both went through several stages mentally.... from “how can we buy more time” when we were trying to be optimistic about the cancer treatment... to “why is he not dead yet” once we knew all hope was lost and the unbearable pain and suffering were escalating with each passing day. It basically went from hope to despair in a relatively short amount of time.

But the hardest change for me was to witness the physical one. One that went from a normal physically fit human-being who could still crack jokes, to someone that was literally skin and bones who had turned yellow from jaundice and who could barely speak or move. Towards the end, there were several nights I had spent with him just to help him get through the night, and occasionally, I would stroke his back or head to comfort him but I could feel the outlines of his bones with every stroke. And if he had something to say, I would hold my ear close to his mouth just to try to make out what he was trying to say under his breath. The fact he went from hero to zero physically in 10 short weeks was hard to witness.

Yet when the pain started becoming unbearable for him in the last 2 weeks after being told there was nothing else that can be done medically due to multiple organ failures, I just hoped (and he did too), with each passing day, that he would pass away quickly to end the suffering. Never in my life would I have thought that I would really wish for someone to die, let alone a friend. It was conflicting.

However, I also felt bad for slowly being sanitized to his condition with each day. It was still heartbreaking to see him this way, but I also had gradually gotten accustomed to it. And I had to put on a brave face as well for him and for his family. But it also made me feel like I was losing my humanity for what seemed like me gradually becoming indifferent.

The other part that was difficult was the number of instances when we both thought he was really going. And this happened as early as July. We literally said our tearful farewells to each other thinking this was the end and it was emotionally draining. It happened at least 4-5 times but it never got any easier. After each 'false' endings, he would be thankful to get to see another day, in the beginning. But towards the end, when all hope was lost, he wondered why he was still had to live another day only to suffer. It was difficult to watch and feel his despair.

When I finally got the call at 5am in the morning that he had passed, oddly, I did not cry. Instead, I felt an incredible sense of relief that his suffering had finally ended and he was now in a better place. Nevertheless, once this ‘clinical’ stage had gradually subsided, it still hurts terribly to think that I will not see the old Kevin anymore.

Through this ordeal though, I was fortunate to have several friends check-in on me to see if I was ok, before and after his death, even though what I went through was a fraction of what Kevin’s family and girlfriend had to deal with. But quite frankly, I was and am ok. For the physical and mental exhaustion, I can deal with it as I’ve gone through worse during my NS training. And I also believe that I am emotionally strong, clear-headed, and focused, but that doesn’t mean I don’t feel sad, or the hurt is any less painful. I’m just able to keep it in check, at least outwardly, most of the time. But perhaps there were hints of it that showed, which led to the show of concern from people around me. What's more importantly, is that I’m able to deal with it. I always believed that I know myself best, and if I can’t handle it, why would anyone think they can. Of course, some would disagree, but I don’t really care.

Nevertheless, as with many of his friends, I still miss Kevin a ton. He was the few people that can genuinely crack me up. But he also had a heart that was compassionate and gentle.

I’m just glad I had the privilege of sharing my life with him. Till we meet again 🙏🏼